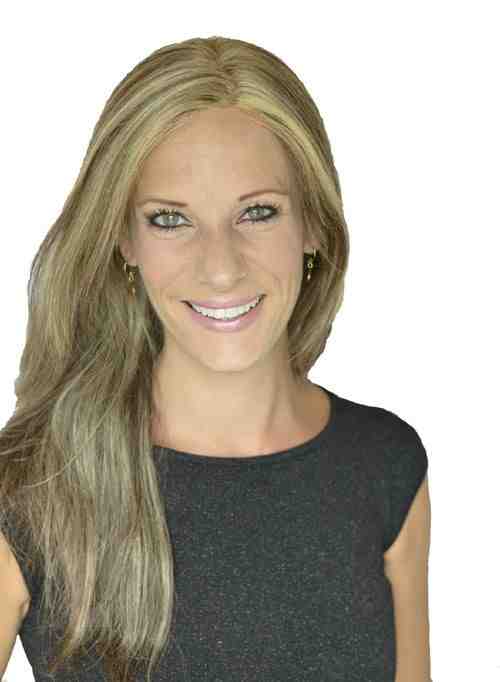 tam.freshinsight
This email address is being protected from spambots. You need JavaScript enabled to view it.

Tam is an accredited Hypnotherapist, Coach, NLP Master Practitioner, Speaker and Trainer. She runs a successful NLP coaching/therapy practice in Central London and is a highly experienced full time coach with a constant stream of happy clients whom have benefited from her expertise.

Her expert and flexible approach comes from studying some of the best trainers in the field; such names include the co-founders of NLP Dr John Grinder and Richard Bandler, Robert Dilts, Judith De Lozier, Suzi Smith, Havening developers, the Ruden brothers as well as world-renowned Hypnotherapists Paul McKenna and Dr Keith Hearne. She was additionally selected to assist Dr John Grinder in his international training program and she constantly seeks out training from the best, enhancing her expertise in CBT and Neuroscience to blend into her integrated approach when coaching.

Her clients come to her from all walks of life, placing their trust in her when other therapies have not worked or other therapists that haven’t managed to clear the underlying issues that truly make the difference. Her previous professional experience of 18 years as a nurse and Matron of Emergency Departments means that she’s prepared to go where others wouldn’t go, and stick with it through to a life-changing resolution. She specialises in emotional trauma, anxiety and phobias, stress, breakthrough sessions, although no issue is too large or small to resolve.

View Video Disclaimer
What is Havening and how does it work?
Explore the science behind how we can become traumatised, how Havening therapy can help and what it does.

Havening for self esteem and trauma

"Before I had this therapy, I was suicidal. I felt the worst I have ever felt and honestly did not see the point in living anymore. I was making suicide plans, which now I look back on, and I'm shocked at them. It's like another person has drawn them. I have always struggled with depression, anxiety and very low self esteem. When I was very young I was raped by a family member, then was in an abusive relationship, and since then there have been more difficulties with finances and family. I had this constant monologue playing in my head almost continuously, telling me I was worthless and not capable of anything, that I wasn't important, all of these horrible things almost constantly. I also experienced flashbacks to when I was raped a lot, and it would throw me every time it happened. It became impossible to live a normal life, go to work, study, friendships, relationships, while all this was knocking me off balance.
I had tried medication and years and years of all types of therapy, including CBT, the person centred approach, lots and lots of therapists, NHS counselling, charity counselling, self-help books, meditation. I cannot tell you the money and hours spent trying to free myself from the past. I decided to try Tam after overhearing someone who works in the same hospital ward as me, talking to someone else about how well it had worked for her. I then googled Fresh Insight Coaching and booked an appointment.

"I thought it was very unlikely I could afford therapy. I earn just enough to live on at the moment. I was desperate for help however. We were able to work out a fee I could afford, which led me to think that the help offered was genuine rather than focused only on clients who could afford full rate. Before I came to therapy I was very nervous that I'd have to talk through my difficult experiences again. I didn't want to as I was desperate to move on. In previous therapy, I didn't like the emphasis on retelling your experience so many times, as I didn't want to remain stuck in those horrible experiences. When I met Tam, she was very warm, easy to talk to and caring. We worked through lots of visualisations and techniques which were very safe, and I simply followed instructions on. The effect was quite interesting almost straight away...after the first session I got rid of a lot of negative thoughts and low self-esteem gained in childhood. Straight after the visualisation I was desperate for lollipops and candyfloss, which is something I used to love as a child. I haven't felt so desperate for lollies or candyfloss since childhood, so it was quite strange! But it showed something was happening. I came home and forgot about it, but something really odd happened. There were no more negative voices at all. There still aren't, which I still find amazing. Instead, my mind was filled with positive thoughts.

"The impact has been quite amazing, and even people who don't know me very well have noticed it. My life has totally changed since that last session. The first thing I did was look at my life with new eyes, and realise I deserved so much more. Since then I have greatly reduced my workload and am far better able to make decisions, as I feel entitled to say no and to believe in my decisions. I am amazingly well organised and am getting so much done - probably more in the past month since my session, than I've done in the past year. This is because there are no negative voices holding me back or telling me I cannot do things, this saves an awful lot of time and energy and I just do things rather than thinking about them. I feel confident. I am sleeping more, as I don't feel guilty for sleeping at a certain time. I am eating better. I know I am good enough, I don't feel the need to have other people like me, as I like myself - so nearly every social situation is easier as I have confidence and like myself. It's quite amazing. I cannot believe all of this was done in a 90 minute session. People have even noticed I am dressing better, and looking "very healthy". I think if I'd read this testimonial before I would have been 90% sure someone was just making it up, because it's too good to be true. I do not know how these techniques work, and I am still a little stunned they do. I don't really believe in things like magic, but I cannot explain quite how this works (I know it's science) and am amazed more people don't know about it.

"The second session we had concentrated on body memories I had removed the flashbacks I was experiencing. Through a number of techniques we worked through my difficult memories. As soon as I finished the session, I was again, really stunned. I still remembered what happened, but it was void of any emotion. It was amazing. I still had flashbacks, but felt no emotion when they occurred, could carry on as normal, and they had no impact on me at all. Before, when I experienced flashbacks they would throw me so much that I was often physically unable to move or get up. This has made a huge impact on my life, especially my sex life. I don't freeze with fear anymore when I'm touched, I feel I have total control over my body, I feel happy and confident in it, I am treating it much better and care for it. Flashbacks would often make me late for work, as if I experienced one in the morning, I felt physically unable to move for about twenty minutes or so. Now they don't even affect me emotionally. I hardly notice any emotion when they happen. It's made my life a million times easier.

For anyone who is considering this, please just do it. It is life changing. You have to be prepared to change, open and willing, but this what worked for me when everything else failed. If moving on and creating a happy and positive life for yourself is what you want to do, just do this. Try one session, and you're likely to find out what I'm talking about. "

Published with permission from the client. Name withheld to protect confidentiality.
Read more

Please be advised that the videos presented here are educational in nature and are being provided only as general information and they are not to be considered medical or psychological advice or treatment. Further, they do not constitute a warranty, guarantee, or predication regarding the outcome of an individual using The Havening Techniques® for any particular problem or issue.

While we can’t guarantee any specific results and the following testimonials do not constitute a warranty or prediction regarding the outcome of an individual using the Havening Techniques® services for any particular issue, individuals have reported positive experiences.